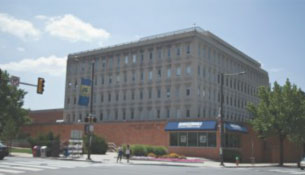 The Radnor Property Group LLC of Wayne, Pa., and the Philadelphia Episcopal Cathedral have joined forces to construct a new $110 million, 25-story apartment tower located at 38th and Chestnut streets.

The two establishments began their collaboration after the Cathedral issued a request for proposals regarding its residual land. The Cathedral was looking for a way to both enhance its space and to give back to the West Philadelphia and University City communities. Radnor Property Group was one of the 12 candidates that the Cathedral considered.

“I think we were selected primarily because of our expertise in the nonprofit industries,” David Yeager, founder of RPG, said. “And the chemistry is good.”

Together, the two planned and designed the three components, which include the apartment tower called “38Chestnut,” the new Episcopal Cathedral Center and renovations to the Cathedral itself.

The first project, “38Chestnut,” will have more than 270 units, all of which are studios and one or two bedroom units. According to an RPG press release, the building will feature a state-of-the-art fitness center, activity spaces with a full kitchen and bar, an audio-video entertainment room, and a green roof with a Zen garden offering a landscaped outdoor lounge.

38Chestnut is a place that is opening specifically to help fulfill the needs of the 22,000 plus graduate students from both The University of Pennsylvania and Drexel University, as well as the 70,000 young professionals in the area. Similarly, most of the young professionals, which include people who work at hospitals and universities within the city, live outside of the community.

“We see this as a tremendous opportunity to tap into [this] marketplace,” Yeager said, explaining that one of the reasons for the location is so that graduate students can take advantage of the opportunities found on the two campuses and in University City.

However, reaching the untapped market is not the only reason RPG is excited about this development. 38th and Chestnut streets are two of the widest streets in West Philadelphia, which makes them a gateway into University City. By creating a 25-story tower, which will be one of the tallest buildings in the area, RPG will be making a lasting impression on the city. Yeager said he is excited about “contributing to just the incredible vitality that we see in West Philadelphia and University City.”

The second part of the project, the new Philadelphia Episcopal Cathedral Center, will include a community center and a childcare center. The community center will be a place where the Cathedral will hold food drives, provide medical services and free meals, and can be used as a venue for music and arts events. This center will be a glass atrium, which Yeager described as a “glass jewel box,” and will connect to the childcare facility. This facility will have the capacity to accommodate about 120 children. “We understand that there is a tremendous need and demand for childcare space,”

The final component, renovating the Cathedral, includes putting offices for the Episcopal bishops who currently work in Society Hill. These offices will include administration spaces for the diocese.

In addition, both the office space and 38Chestnut include retail spaces that will be rented out, mostly to restaurants. The Cathedral plans to use this gathered revenue to advance mission work in the West Philadelphia community and to improve their historic worship space.

Yeager admits that it is a unique endeavor and said, “This is an interesting project in that it’s a partnership between a private developer and a church.”