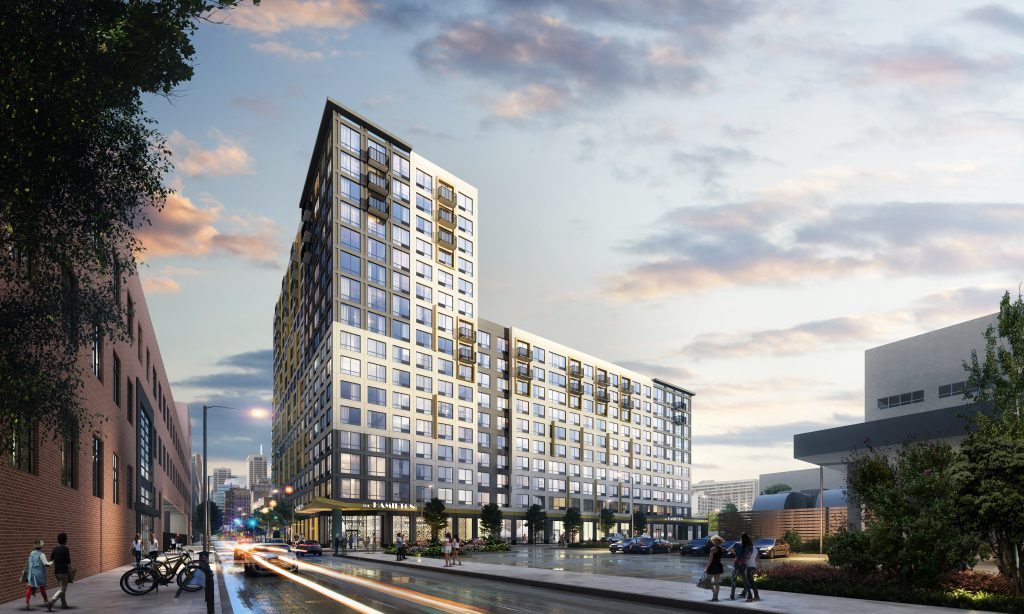 The $82 million first phase of the Hamilton, a mixed-use residential development planned for a parking lot in Logan Square, officially broke ground today at 15th and Hamilton streets at a demolition party.

Developers, city officials, and the Community College of Philadelphia traded the traditional shovels and dirt for demo tools and brick to mark the official start of construction on the $150 million, multi-phase project at 440 N. 15th Street. The first phase will build upon the current 1940s Inquirer warehouse that’s already on the site.

Although portions of the 1940s warehouse will be demolished, some of it will be adaptively reused and turned into underground parking. David Yeager of Radnor Property Group says this cost-saving measure “can lower our price point so that we can really deal with more reasonably priced housing.”

The Hamilton is a public-private partnership (P3s) project between the Community College of Philadelphia (CCP) and Radnor Property Group, which most recently finished up a similar P3s project with Drexel University with the Vue32.

Dr. Donald Guy Generals, president of the CCP, said at the demolition ceremony that the community college decided to bring in a residential component to the school because “the opportunity to live by campus is an extremely positive advantage for students’ success.” 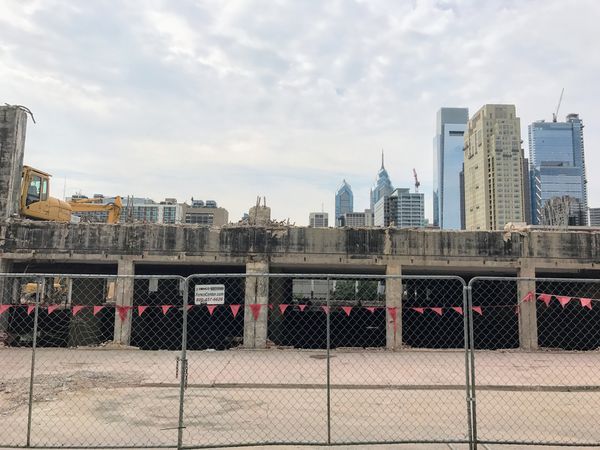 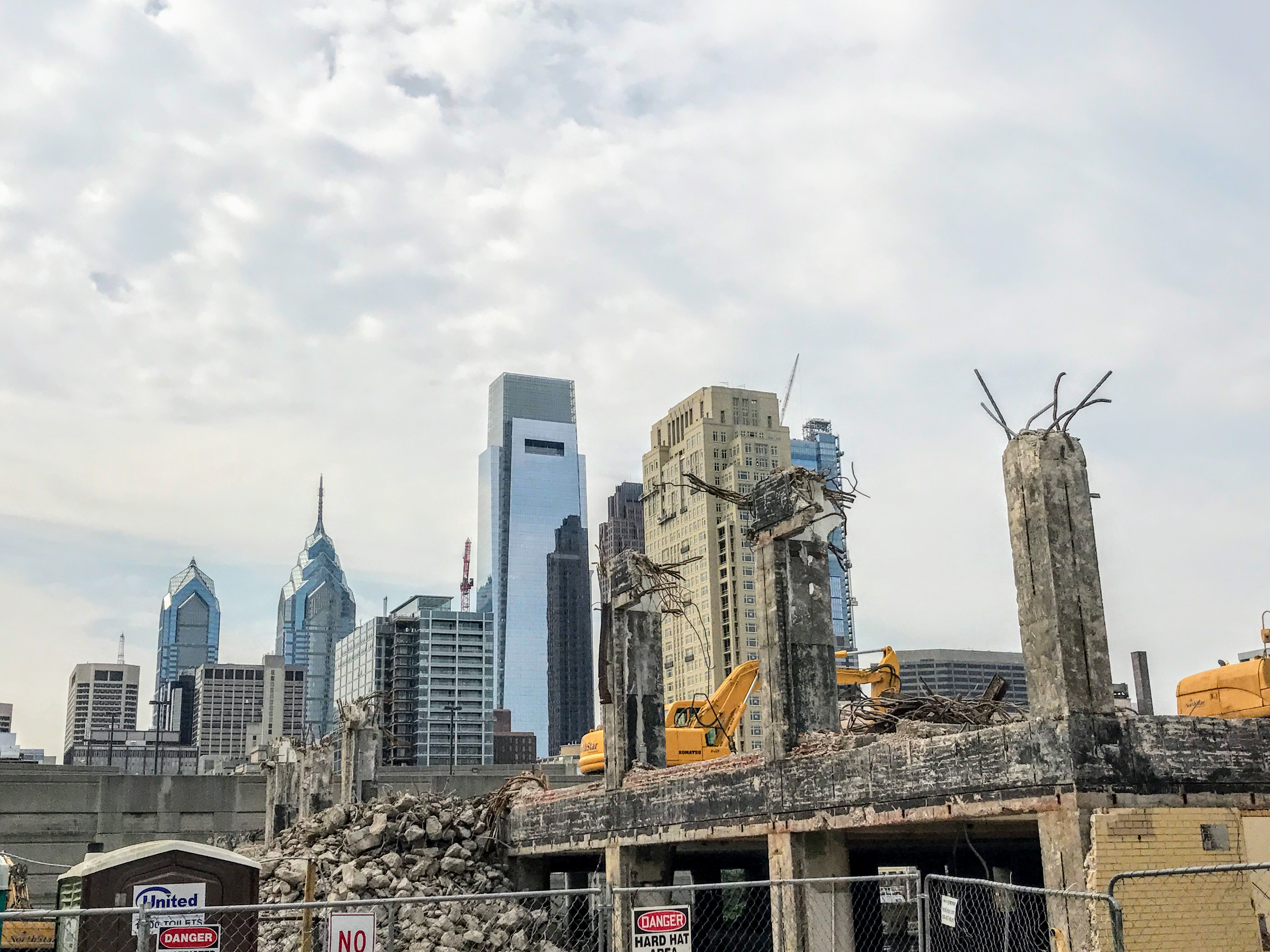 Generals added that the mixed-use project will also help activate what’s long been an underutilized corridor in the Logan Square neighborhood. Already today, the area around the Hamilton project has seen a rapid rise in development, with Hanover North Broad mid-rises a couple of blocks away and the 32-story Alexander tower also nearing completion.

The Hamilton’s 600 market-rate units, a mix of efficiency studio, 1-bedroom, and 2-bedroom apartments, will be geared toward international students and young professionals. Some units will come fully furnished, and residents will be able to use an in-house roommate matching service if they want. 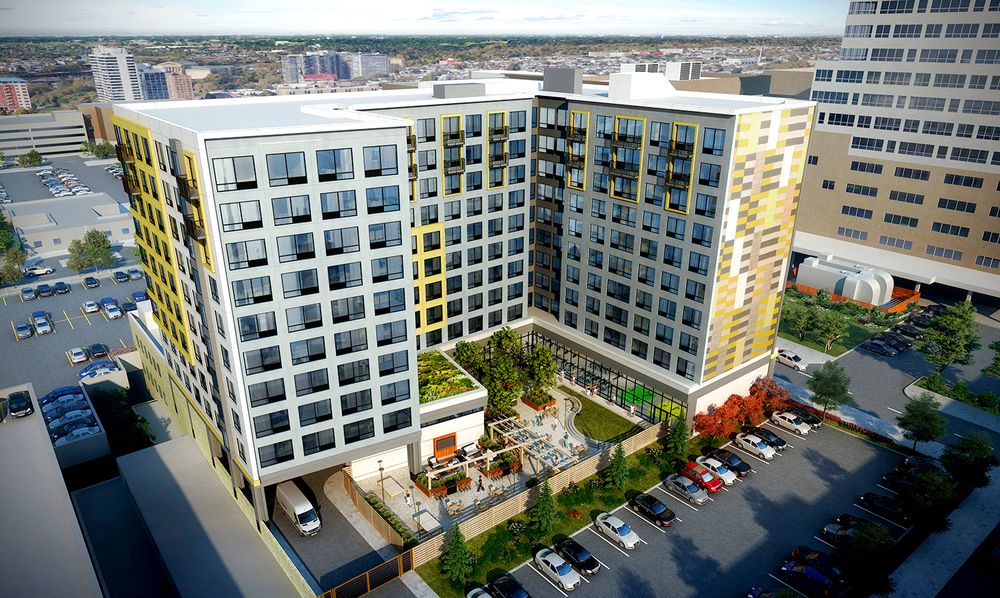 Phase 1 will include 279 units and the amenities build-out, which will include a fitness room, library, game room, conference center, a coffee bar, and a interior courtyard. Because the site is already zoned for CMX-4, construction has been fast-tracked, Yeager says. The first phase is expected to finish up in August 2018.

The development will also aim to activate Hamilton and 15th streets with ground-floor retail. Yeager described it as a “foodie place” for the public. 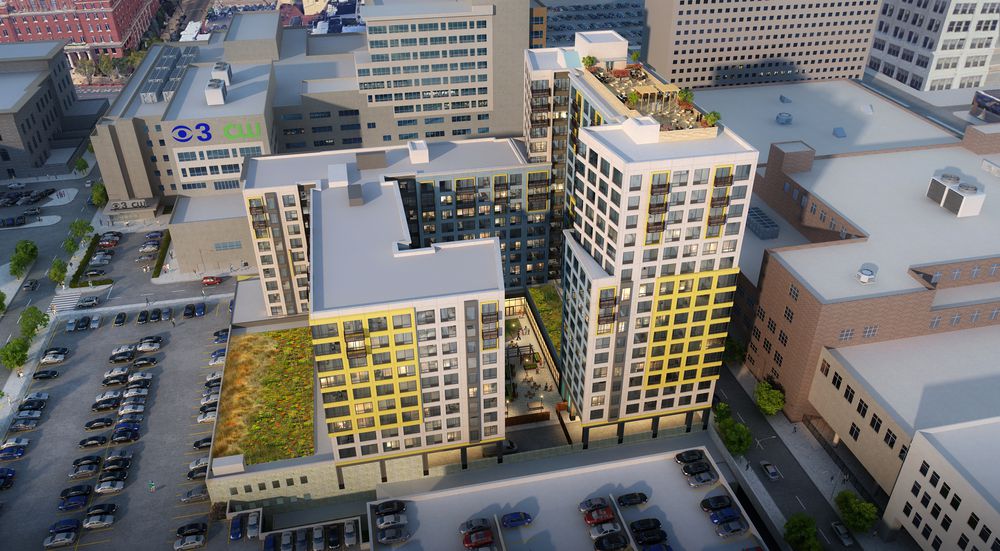 The second phase will follow with a 16-story tower on what’s currently a parking lot, with 320 more units and a community roof deck. The taller tower will enclose the private courtyard.